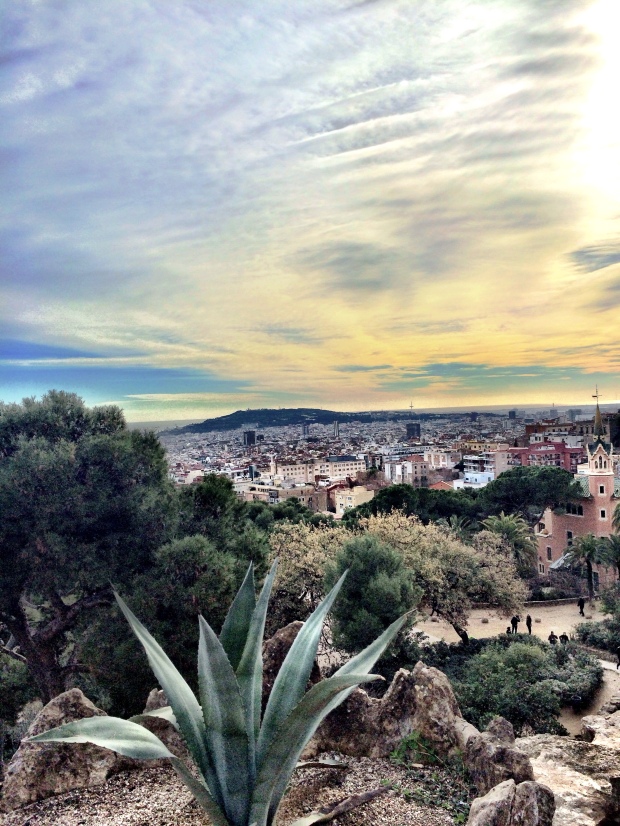 After we saw the Sagrada Familia, we continued our trek through Barcelona towards Parc Guell.  Amit was the leader because his phone had the map.  One thing about Barcelona – it’s a giant hill leading up from the ocean.  One thing about Parc Guell – it’s at the top of the giant hill.  The whole time we were just thinking there’s gotta be an escalator or something.  We could see where the park sort of started, but there were just stairs on stairs leading to a wall that led to a turn that led to more stairs on stairs.  Basically we all agreed Gaudi was an asshole.

But then we arrived, and there was just green on stone on aqua on coral on nature on rocks.  Everything was breathing and alive.  Archways were camouflaged in as if just part of the growing process of nature.  We’d turn a corner and suddenly find ourselves in a gallery of structures or murals.  Art was growing out of the ground.  The trees were changing colors from brown and green to acid trips of pinks and blues.

The park itself is full of crazy stone structures and whimsicle buildings, some adorned with colored tiling or careful lighting.  I found myself stuck staring at some of the places, trying to make sense of it all.

I imagine this is what it would be like if nature could construct it’s own likeness.  The structures and buildings were all extravagant mimics, like the rock pillars that looked like tree trunks bursting mechanically out of the ground.  I can see resemblance, but also the irregularity of the shape, as if it knows what it wants to be but it’s not quite it.

The park winded up, so we decided since we had come this far we should just keep going.  We found ourselves at the base of a massive hill and asked this elderly couple how long it would take to get to the top.  They told us there was a trail that would take us about half an hour, but we, being young, could easily take the “goat trail” and get there in about 10 minutes.  I’m pretty sure they were playing a sick joke on us, because we definitely found ourselves scaling a mountain for way more than ten minutes.

But then we got to the top. 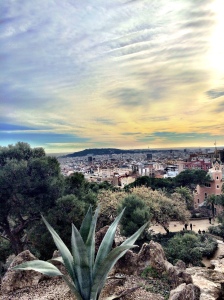 And it was so worth it.

You could see the entire city of Barcelona – from the ocean to the Sagrada Familia to the W hotel to the building that they say is a bullet but it’s definitely a penis (a fat Gaudi penis that he definitely built to prove a point) to the castle on top of the mountain to the thousands of houses winding around the alleys and streets.  It was one of the most beautiful views I’d ever seen.

Andrew yelled as loud as he could, and it echoed over the hill into silence.  It looked so liberating, just to let out all of the sound and let it escape into the invisible world.  I just felt so free, and so appreciative that I was there, and everything looked so carefully planned in the middle of the park, but looking from above it looked so natural and perfect.  It was all a mind game with the imagination – what was made and what was just there.  I couldn’t tell art from reality.  It was really an amazing place. 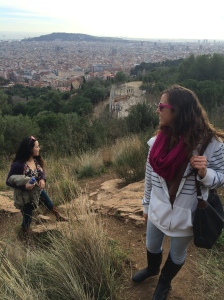 The decent down the hill could have killed us.  That “goat path” was not meant for slippery boots, but we eventually all made it down.  We explored some more, had some sangria in the middle of the park and became the amusement of like 50 birds that would occasionally just dive bomb us from the pillars where they were nesting, and then decided to head back to the hostile before we became ice cubes.

Oh yeah, and on the way down, we found the escalator that led to the park entrance. 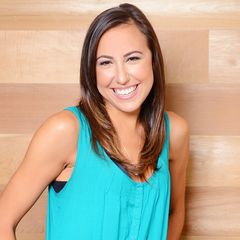